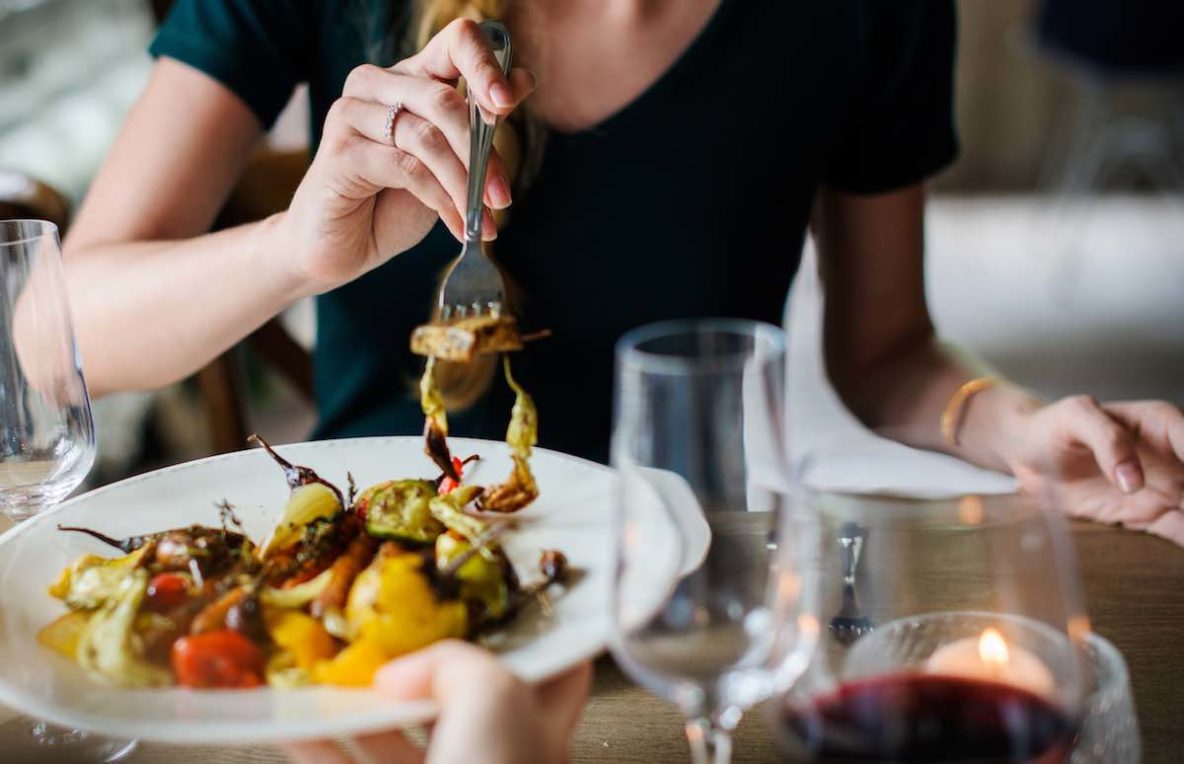 Hypnosis may be best known as the party trick used to make people do the chicken dance on stage, but more and more people are turning to the mind-control technique to help them make healthier choices and lose weight. Case in point: When Georgia, 28, decided she needed to lose the 30 or so pounds she put on after foot surgery in 2009, the dieting veteran turned to hypnosis. The mind-control technique had helped her overcome a fear of flying in the past, and she hoped it would help her make healthy eating habits as well.

At first the self-proclaimed foodie was surprised by her hypnotherapist’s recommendations. “[She had] four simple agreements to which I would need to adhere: Eat when you’re hungry, listen to your body and eat what you crave, stop when you’re full, eat slowly and enjoy every mouthful,” Georgia explains. “As such, no foods were off limits and I was encouraged to eat everything in moderation—music to my ears!”

Who Should Try Hypnosis

Hypnosis is for anyone looking for a gentle way to lose weight and make healthy eating into a habit. One person it’s not for? Anyone interested in a quick fix. Reframing problematic thoughts about food takes time — Georgia says her hypnotherapist eight times over a year and it took a month before she started to notice a real change. “The weight dropped off slowly and surely, without huge changes to my lifestyle. I was still eating out numerous times a week, but often sending plates back with food on them! For the first time ever, I was really tasting my food, spending time to take in flavors and textures. Almost ironically, it was as if I had recommenced my love affair with food, only I was able to lose weight doing so,” she says, adding that in between appointments she worked hard to maintain her new healthy habits.

How to Use Hypnosis to Lose Weight

Hypnosis isn’t meant to be a “diet” but rather one tool to help you be successful with eating nutritious food and exercising, says Traci Stein, PhD, MPH, a health psychologist ASCH-certified in clinical hypnosis and the former Director of Integrative Medicine in the Department of Surgery at Columbia University. “Hypnosis helps people experience in a multi-sensory way what it feels like when they are strong, fit and in control and to overcome their mental barriers to achieving those goals,” she says. “Hypnosis can specifically help people resolve the underlying psychological problems causing them to hate exercise, experience intense cravings, binge at night, or eat mindlessly. It helps them identify the triggers and disarm them.”

In fact, it’s helpful to not think of hypnosis as a diet at all, says Joshua E. Syna, MA, LCDC, a certified hypnotherapist at the Houston Hypnosis Center. “It works because it changes their way of thinking about food and eating, and it allows them to learn to be more calm and relaxed in their lives. So instead of food and eating being an emotional solution, it becomes an appropriate solution to hunger, and new patterns of behavior are developed that enable the person to deal with emotions and life,” he explains. “Hypnosis works for weight loss because it enables the person to separate food and eating from their emotional life.”

For people with no other mental health issues Dr. Stein says using at-home self-guided audio programs produced by a qualified hypnotist (look for an ASCH certification) are fine. But beware of all the new apps in the online market — one study found that most apps are untested and often make grandiose claims about their effectiveness that can’t be substantiated.

Forget what you’ve seen in movies and on stage, therapeutic hypnosis is closer to a therapy session than a circus trick. “Hypnosis is a collaborative experience and the patient should be well-informed and comfortable every step of the way,” Dr. Stein says. And for people worried about being tricked into doing something strange or harmful, she adds that even under hypnosis if you really don’t want to do something, you won’t. “It’s just focused attention,” she explains. “Everyone naturally goes into light trance states several times a day — think of when you zone out while a friend is sharing every detail of their vacation — and hypnosis is just learning to focus that inward attention in a helpful way.”

Dispelling the myth that hypnosis feels weird or scary from the patient’s side, Georgia says she always felt very lucid and under control. There were even funny moments like when was told to visualize stepping on the scale and seeing her goal weight. “My overly creative mind had to first imagine myself removing all clothes, every bit of jewelry, my watch, and hair clip before jumping on in the nude. Anyone else do that, or is it just me?” (No, it’s not just you Georgia!)

The One Downside of Hypnosis for Weight Loss

It’s not invasive, it works well with other weight loss treatments, and doesn’t require any pills, powders or other supplements. At the very worst nothing happens, putting it in the “might help, can’t hurt” camp. But Dr. Stein acknowledges there is one downside: Price. Costs per hour vary depending on your location but it ranges between $100-$250 dollar an hour for therapeutic hypnosis treatments and when you see the therapist once a week or more for a month or two that can add up fast. And most insurance companies don’t cover hypnosis. However, Dr. Stein says if it’s used as part of a larger mental health therapy plan it may be covered so check with your provider.

Hypnosis isn’t just a mental thing, there’s also a medical component, says Peter LePort, MD, a bariatric surgeon and medical director of MemorialCare Center for Obesity in California. “You must deal with any underlying metabolic or biological causes of weight gain first but while you’re doing that using hypnosis can kickstart healthy habits,” he says. And there’s another healthy perk of using hypnosis: “The meditation aspect can really help reduce stress and increase mindfulness which in turn can help with weight loss,” he adds.

So Does Hypnosis Really Work for Weight Loss?

There is a surprising amount of scientific research looking at the effectiveness of hypnosis for weight loss and much of it is positive. One of the original studies, done in 1986, found that overweight women who used a hypnosis program lost 17 pounds, compared to 0.5 pounds for women who were just told to watch what they ate. In the 90’s a meta-analysis of hypnosis weight loss research found that subjects who used hypnosis lost more than twice as much weight as those who didn’t. And a 2014 study found that women who used hypnosis improved their weight, BMI, eating behavior, and even some aspects of body image.

But it’s not all good news: A 2012 Stanford study found that about a quarter of people simply can’t be hypnotized and contrary to popular belief it has nothing to do with their personalities. Rather, some people’s brains just don’t seem to work that way. “If you’re not prone to daydreaming, often find it hard to get engrossed in a book or sit through a movie, and don’t consider yourself creative then you may be one of the people for whom hypnosis doesn’t work well,” Dr. Stein says.

Georgia is definitely one of the success stories. She says it not only helped her lose the extra pounds but also helped her keep them off. Six years later she has happily maintained her weight loss, occasionally checking back in with her hypnotherapist when she needs a refresher.

By Charlotte Hilton Andersen for SELF Magazine